For 50 years, the Urban-Suburban program has been this community’s only path to racial integration of schools – providing an opportunity for minority students from Rochester to attend a suburban school. 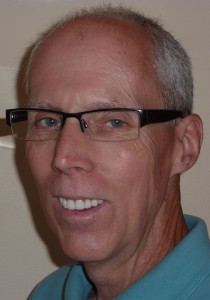 This is a good thing – a very good thing – both for city students who escape high-poverty schools where their chances for success are slim, and for the suburban students who experience the diverse world that awaits them after high school.

This spring four new districts (Spencerport, East Irondequoit, East Rochester and Hilton) voted to join the program. Come September 2015, 11 of 18 suburban districts will be participants. This change is not without opposition, as Pittsford Sutherland junior Chyna Stephens, a city resident and Urban-Suburban student, discovered when she attended a contentious hearing in Spencerport.

The good news is that Urban-Suburban enrollment, now just under 600, will grow substantially – and other districts are said to be interested in joining next year. Even better, Urban-Suburban leaders say they will no longer focus exclusively on race in selecting participants, but will also consider socio-economic status. This is an important change that should help the community focus on the devastating effects of poverty on education.

GS4A is committed to socio-economic integration that ultimately results in the elimination of high-poverty schools (those with a free and reduced price lunch population of 40 percent or more). Not a single city school has a poverty population under 60 percent.

Urban-Suburban is an important part of the solution, but its expansion will not, by itself, solve the problem of high-poverty schools. It is unlikely Urban-Suburban will ever be large enough to achieve that goal – even if the city and suburban districts are able at long last to find ways to attract suburban students to unique city programs.

Urban-Suburban, however, is a model for additional city-suburban interdistrict agreements. Those offerings could include countywide magnet schools (open to all students, but with a cap on the number of low-income students), one-to-one partnerships between city and suburban schools, early college schools in each quadrant of the county, etc.

We face a huge challenge, one that can only be met with a package of creative and expansive strategies. The expansion of Urban-Suburban (the first year with more than one new participating district in decades) suggests that our community may finally be ready to make sure that even the poorest students in Rochester have access to a great school.