I had the privilege of speaking as part of an alumni panel at my Alma mater to an audience of newly accepted students. I shared my experiences at that school and talked about what I gained by attending the school. The event was aimed specifically at minority students. This was my second time on this panel, so I was anticipating some of the questions students and/or their parents would ask.

One question that I regretfully didn’t completely answer was, “What was your first year like?” I spoke to the challenges of being away from home and the extremely humbling experience of being a first-year engineering student, but I did not get to get into the details. In my first semester, the school took back some of the financial aid that had originally been offered; my grandfather died; a close high school friend dropped dead in the middle of a volleyball game; I was homesick, dealing with extreme culture shock and my grades were seriously suffering. 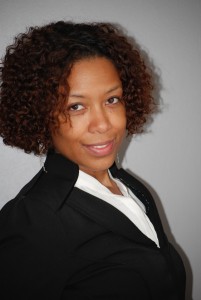 Ahlia Kitwana is a member of the GS4A steering committee

One thing I had going for me was that most of my peers were valedictorians or had at the very least graduated at the top of their respective classes. Many of my peers came from far more advantaged backgrounds and had been writing computer code and building circuits since middle school. Even though I had none of these things going for me, what I realized was that we were all starting from ground zero on an even playing field.

At least that is how I framed it in my mind. Although I was completely out of my comfort zone, being at a place where everyone was performing at levels I’d never experienced drove me to meet them at the level. Being out of my element or what was familiar to me brought out what can only be described as a hunger in me to excel and do better.

Another thing that I had going for me was that the school provided support systems which enabled me to excel and learn how to learn. There was tutoring, study groups and office hours; I took advantage of any and every resource I could find. I learned to make friends with people who were smarter than me and could explain some of the tougher concepts that eluded me in class. Once I got my grades up, my scholarship money increased.

Recently, I heard a question: “How could taking a kid off of Genesee St. and sending him to school with Brighton kids make him better off? That doesn’t eradicate poverty, it just moves it around.” The easy response is that putting that kid in that situation statistically increases his or her chances of graduating greatly. High school graduates significantly improve their chances of escaping poverty. (For the most recent data, click here.) In the United States, a person’s earning potential increases with education attainment.

But let’s go back to the original misplaced notion of moving a kid from his or her norm and exposing him or her to something else. The thinking goes that students will only be comfortable in a place they know, surrounded by students like themselves. But I’d counter that with the fact that a person needs to be uncomfortable if he or she is going to grow, learn or excel. If a person remains in their comfort zone, accepting the norm for what it is how is change or growth possible?

I am supremely thankful that I had that opportunity to speak on that panel this month because I was reminded of what it was like to be hungry. In life, it is easy to fall into your day-to-day routines of work, kids, paying the bills and whatever happens in between as you get older.

One begins to teeter on complacency, content to “just get by,” but is that enough? Am I capable of more? Is that kid from Genesee Street capable of more? By allowing him or her to be comfortable, could it be argued that we’re lowering our expectations? This should not be acceptable.

When you take kids from poor city neighborhoods and give them a chance in a middle class school, you push them out of their element, expose them to the possibilities beyond their neighborhoods. That exposure to more, to the endless possibilities, can turn on that hunger, which may feed his or her drive to excel.