I grew up in small-town Ohio, and from the moment school ended in the spring until the first day of class in the fall, you could find me playing sandlot baseball.

We played in a field – no pitcher’s mound, no fences, no backstops, no baselines, no bases, actually. If we didn’t have enough players to field two full teams, we agreed to hit to one side of the field or the other, and we sometimes played “pitcher’s hand,” where the pitcher became the de facto first baseman. We umpired the games ourselves, and every so often a disagreement would end up in a little fistfight, that would quickly be settled. 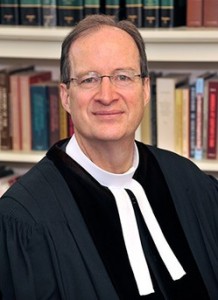 As I said, we played in a field, a real field. The grass was rarely cut (we never knew who actually owned the field), and there were rocks and bumps and uneven places throughout. There were few “true hops” —the kind of predictable bounce you expect on a field that is level and well-maintained. Instead, the ball would bounce where it shouldn’t and one of us would get whacked in the face, left with a split lip or a bloody nose. That’s what happens when the field isn’t even. Still, we kept coming back and we played on. It is one of my distinct childhood memories.

Sometimes you have nowhere to play except on that uneven field. But a level field is always better — because the players always have a better chance to succeed when they can see the ball coming and know how it will bounce.

What does this have to do with the Rochester city schools? We know that there are dedicated and talented administrators working at 131 W. Broad Street who are committed to raising achievement. They have crafted an action plan that is bold and creative.

We know, because we meet them every day, that there are wonderful principals and teachers in each of the buildings. They teach because they care. They are proud of their profession and committed to their students.

We know that families care. I have participated in the district’s “attendance blitzes,” and while every so often we encounter a family whose child is not in the classroom for no particular good reason, what we most often encounter is a family trying to make it work — multiple jobs, unsafe neighborhoods, transportation issues. Yes, families do overcome odds, but the myth that children and families can succeed if they just increase their effort is, to me, just that — a myth. There’s just so much you can do when the field is uneven and the ball bounces where it should not.

We know that many people in this community care and want change. Lots of organizations are committed to supporting education. I have lived in Rochester for 14 years, so I don’t have a long history, but I believe it when people say the tone of the conversation over the last several years is different. It is more hopeful, more positive.

I am not a policy person, nor an educator. For these purposes, what I am is a neighbor and citizen, an amateur who cares. But I have become convinced, through what we learned in Raleigh, that things ultimately can’t change unless the playing field is levelled.

Administrators, teachers, community members and particularly children and family members are doing all they can. But if a ball is going one way, hits a rock and bounces in a different direction, hitting you in the face, what can you do?

Yes, we as a community need to provide teachers and students with the best tools possible, helping them make the most of a very rocky playing field. But I am also convinced that levelling that field — through deconcentrating poverty, through racial and socio-economic desegregation, though other structural means — will make the game so much more enjoyable, for fans to watch and players to play.