It goes by many names—summer melt, summer slide, summer slump—but no matter what you call it, the tendency for students to lose academic skills over the summer vacation is an undeniable problem. What’s worse, it’s a problem that disproportionately affects children of low socioeconomic status.

Take reading, for example. In one local high school, a 2015 study found that 51 percent of incoming freshmen tested at lower reading levels than they had at the end of eighth grade just two months earlier. And, while the “summer slide” in this case seemed to affect students of all reading levels, 61 percent of the students experiencing the drop qualified for free or reduced lunch. 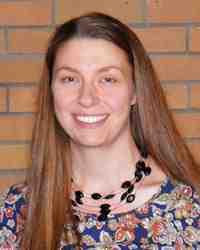 For many of our most vulnerable students, in other words, education is a “two steps forward, one step back” process. Over the two months of summer vacation, students from poverty are more at-risk than their wealthier counterparts for losing valuable academic traction, further widening the opportunity gap they face when back in school.
There is no single, clear-cut reason for the “summer slide” or its disproportionate impact on children in poverty, but there are several factors that contribute to it. For one, as educator Zaretta Hammond in Culturally Responsive Teaching and the Brain (2015) would argue, low-income children are less likely than their more affluent peers to be taught a challenging curriculum based on the higher-order thinking skills that build and expand brain capacity. Children in poverty are often misguidedly “taught to the test” in an attempt to close the gap in standardized test scores between impoverished and affluent school districts. The unfortunate result, however, is that students in high-poverty districts receive a shallower education—the kind of education that is less likely to “stick,” and less likely to inspire a personal commitment to reading outside of the schoolhouse.

Additionally, as Paul Gorski points out in Reaching and Teaching Students in Poverty (2013), children in poverty face a gamut of institutionalized disadvantages that have nothing to do with their individual academic abilities or, as is often argued, with their parents’ belief in the value of education. Children in poor neighborhoods are less likely to have access to well-resourced public libraries, and if there are libraries available, they are less likely to have access to safe, free transportation to reach them. Similarly, children living in poverty are less likely to have books in their homes to continue practicing their reading over the summer months. While children in wealthier situations may spend their summers in enrichment opportunities including academic camps, book clubs, and cultural experiences, students in poverty lack access to these forms of “shadow education,” due to expense or simply because they are needed at home to supervise younger siblings.

In reading as in exercise, the guiding principle could be “use it or lose it.” When students spend a significant amount of time away from academic practice, including reading, they inevitably lose skills they have gained throughout the school year. Children in poverty, lacking access to many of the enrichment opportunities of wealthier students, are more likely to be adversely affected by the summer slide. Let’s take a step toward closing the opportunity gap by increasing the availability of quality summer education programs for all students.