Here’s a couple of  videos that explain how segregation happen today.
The first is from 2014, and explores how the schools in Tuscaloosa, Alabama, have been resegregated— showing how legislators and judges have permitted the slippage. Meanwhile, students from an earlier generation  of integrated schools talk about how their lives have been better for it.

In this interview from January 2016 PBS’ Charlayne Hunter-Gault talks with Pedro Noguera of the University of California, Los Angeles, about the ways to solve this problem.

Every morning in my inbox I receive an email from something called www.delanceyplace.com. The email includes a summary of a book, a kind of a contemporary Reader’s Digest Condensed Version for people who only have time—or perceive they only have time—to read a paragraph or two. I look at the topic each day. Some I read. Some I delete. Some I save until later. 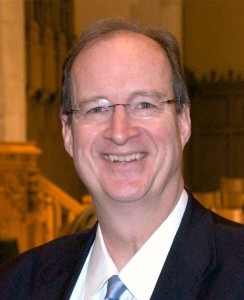 Just a few days ago I receive a summary of a book by Paula Fass called The End of American Childhood: A History of Parenting from Life on the Frontier to the Managed Child. It was published in 2006, so is already a decade old. I Googled Fass and discovered that she taught social and cultural history at UC Berkeley for more than 30 years.

Fass’ words captured my GS4A attention immediately. Without including the entire entry, here are some key passages…

“…The American faith in education was nowhere more pointedly ad­vertised than in the creation of the high school. The White House Conference on Child Health and Protection put this faith in ringing terms in 1934: ‘The school is the embodiment of the most profound faith of the American people, a faith that if the rising generation can be sufficiently educated, the ills of society will disappear. The con­stantly lengthening period of school attendance, the constantly en­larging contributions of money for the maintenance of the school, the rising standards of preparation of the teachers . . . these and many other evidences attest the faith of the people in their schools.’ …”

“Unlike the equivalents of high schools elsewhere in the West such as the lycée or gymnasium— places of exclusive higher learning at­tended by only a tiny fragment of the population— American high schools became democratic almost as soon as they became an im­portant part of the educational system.”

“American education was truly revolutionary in this re­gard, since it succeeded in enticing the majority of adolescents into a longer school regime and created a uniquely American institution to contain them. Nothing better expressed America’s new prominence in the world or Americans’ elevated expectations regarding the fu­ture. By the middle decades of the twentieth century, the vast ma­jority of adolescents, regardless of where they or their parents were born, were drawn into the ambit of the high school.”

I do not know if the “ills of society” will disappear if we achieve socio-economically integrated schools. What I do know is that we cannot continue on the path we are on, in Rochester, or other communities across the nation.

We are not making this up. It is in the best of our American history and is lodged deeply in our American DNA. Our task now is simply to seek to live into the legacy and promise of that history. That will take creativity and boldness and determination, which seem so very counter-cultural but which are essentially American. The good news is that we have history on which to base our efforts, if we simply remember it.

White Americans, Dyson wrote, can’t understand why black Americans are so angry over police shootings when those same African Americans never say a thing about “black-on-black” homicides all across urban America. Dyson says the charge is complete nonsense, but “nearly beside the point. Black people protest, to one another, to a world that largely refuses to listen, that what goes on in black communities across this nation is horrid, as it would be in any neighborhood depleted of dollars and hope—emptied of good schools, and deprived of social and economic buffers against brutality. People usually murder where they nest; they aim their rage at easy targets.

“It is not best understood as black-on-black crime; rather, it is neighbor-to-neighbor carnage. If their neighbors were white, they’d get no exemption from the crime that plagues human beings who happen to be black. If you want interracial killing, you have to have interracial communities.”

I’m sure that many of Dyson’s readers will see his remarks as “extreme” or “hysterical,” but there is a truth to his premise: You cannot understand people, let alone care about them or build community with them from afar.  The racial divide in America is the product of persistent segregation—separate schools, churches, neighborhoods. And distinctly different expectations—of success and happiness, or failure, hardship and early death—depending on where you come from.

If you are white (especially if you are affluent), ” you are given a pair of binoculars that see black life from a distance, never with the texture of intimacy,” Dyson says. “…Those binoculars are…stories, bad stories, biased stories, harmful stories, about how black people are lazy, or dumb, or slick, or immoral, people who can’t be helped by the best schools or even God himself. These beliefs don’t make it into contemporary books, or into most classrooms. But they are passed down, informally, from one white mind to the next.”

Most of us spend most of our lives with people who are like ourselves. We are tribal in many ways. But in a wide open free society like America, we need to build institutions and opportunities for meaningful interaction with those not like us. When we wall ourselves off, the promise of America dies—because the promise of  “life, liberty, and the pursuit of happiness” is meaningless when so many are denied access to equal opportunity.

We at GS4A advocate for school integration because we know, from decades of research, that diverse schools can dramatically improve the odds for success for children in high poverty segregated schools.  But integration is about more than good grades and higher graduation rates, as important as those are. Schools are one of the places where children should have the opportunity to interact with kids who are different from themselves.

Schools should be places where children can put aside those binoculars and experience the “texture of intimacy” that is so essential to their growth as human beings and as citizens. Schools should bring together rich and poor, white, African American, Hispanic, Asian, and refugees in an environment that will make them all better for it.

Segregation not only stokes the fires of bigotry and mistrust, it destroys community and deprives us of the creative problem solving that’s only possible when we learn to work together.

The good news is that young adults “get” all this in ways that their parents and grandparents may not. As our recent survey of city and suburban parents confirms, that vast majority of parents today (people in their late 20s to early 40s) want their kids to attend fully diverse schools, and they don’t care if that means traveling across school district to boundaries to achieve integration. Of course, they want those schools to have rich academic programs and to be safe. But they reject segregation without  reservation.

That means the door is open. We have the opportunity in Rochester and Monroe County to begin to remove the barriers that have for so many decades denied our children the gift of each other—and denied our community the chance to use our collective skills to build a more just, more prosperous, more vital society.